Camra pub of the year is The Salutation Inn in Gloucestershire 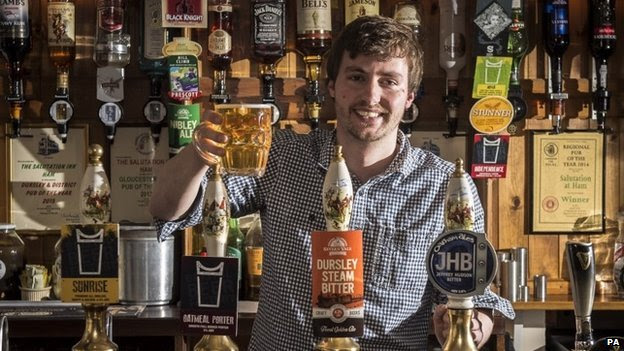 A village pub in Gloucestershire, run by a former business analyst who left his London job to pursue his love of beer, has been crowned Pub of the Year.
The Salutation Inn in Ham, near Berkeley, was awarded the title by the Campaign for Real Ale (Camra), who described it as "a gem".
Landlords Peter and Claire Tiley said it was "beyond our wildest dreams".
Mr Tiley had "never even pulled a pint" when he switched careers and took over the pub with his wife two years ago.
Abigail Newton, from Camra, said: "What Peter and Claire have done in the short time they have been running the pub is nothing short of staggering and goes to show that passion, enthusiasm, and a real love of beer are hugely important when running a pub.
"They have hit the ground running and taken what was already a great pub and made it truly exceptional - beating off over 50,000 other landlords from across the UK." 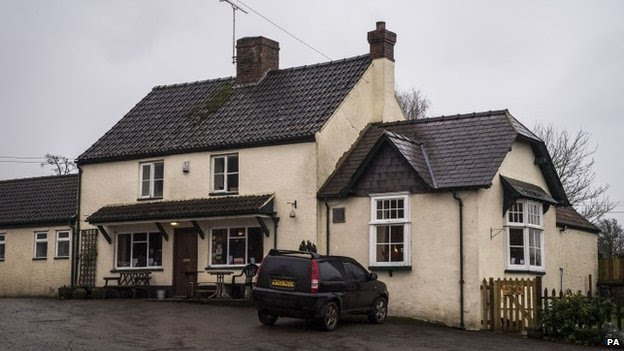 The mid-19th century pub, known as the "sally", used to be the venue for post-mortem examinations and inquests
Mr Tiley, 31, said: "We're totally shell-shocked. Pubs are so important to me that to have our own one recognised in this way is just amazing."
He thanked their "brilliant team of staff" for their "passion and dedication" and the "community of locals" for their support.
"It is these people that have made the pub what it is today and for that we are incredibly grateful," he said. 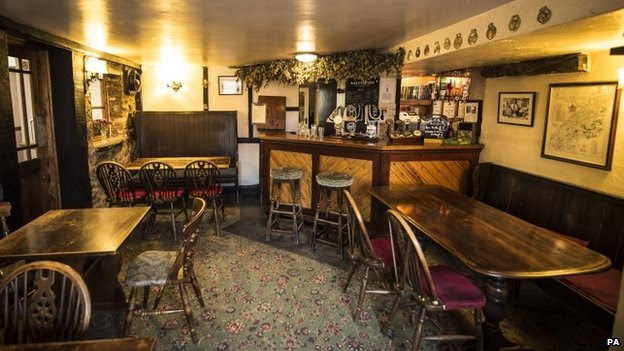 Mr Tiley said it was a pub "where you come to drink real ale" and there were "no lattes"
Source - BBC News
Posted by All About London at 07:10