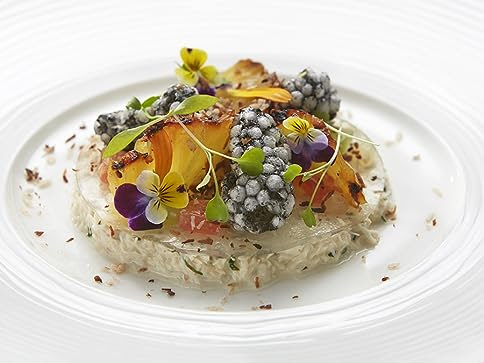 The Bybrook at the Manor House Hotel £25
Nestled in a haven of tranquillity in the picturesque chocolate-box Cotswold village of Castle Combe, lies the magnificent Manor House Hotel and its Michelin-starred restaurant.The Bybrook at the Manor House Hotel takes its name from the river that runs through the hotel grounds in this utterly beautiful setting – a setting that’s matched with the unbelievable cuisine. The restaurant is overseen by Executive Chef Richard Davies, no stranger to Michelin-starred restaurants, who has worked his magic at The Bybrook. Davies has placed an importance on sourcing locally produced ingredients from local suppliers in the Wiltshire area – the restaurant’s Food Heroes. You may even catch the chef planning and planting the vegetable patch and kitchen garden, so it’s full of flavoursome ingredients that go into an expansive, mouthwatering menu. Fine dine on a tantalising two-course meal at this Michelin-starred restaurant.
Posted by All About London at 10:51